The headcount at City & Capital Group HQ has certainly grown over the past 12 months. As our resident headhunting and recruitment specialist for the financial services sector, there’s no denying we wouldn’t be where we are today without MD, Stuart Hicks.

In the latest instalment of our employee Q&A, we’re shining the light on the man himself and have discovered that he’s a die-hard Spurs fan, and his claim to fame is that he’s starred in some award-winning films…

Summarise your role in one paragraph:

As the managing director of The City & Capital Group, I am responsible for the strategic direction and positioning of the brand – with a particular focus on our headhunt and recruitment divisions.

I support new and longstanding clients with a variety of business requirements – from providing consultancy on team structures, incentive plans and growth strategies, to identifying and introducing high calibre senior individuals who will aid them to achieve their goals. By working with companies as an extension of their team, we use a personable approach to help firms get to where they want to be!

What’s the best part of your job?

Impacting our client’s success and growth – and in return seeing the results! I’ve worked with a number of brands over the past five years – many of whom were just starting out on their journey within the financial services sector. Some of these have now gone on to attain bank status or achieve IPO, to take their success to the next level.

I love that our consultative approach can genuinely influence the success of our clients’ business, through the high-quality value of our work and the introductions we make.

What makes The City & Capital Group stand out from its competitors?

Delivering on promises – no matter how hard they are to achieve.

Much of the feedback we receive from new candidates, clients, buyers and sellers is that they have been left short on promises made by other consultants, once the path of least resistance has been tried and tested. Quite often this leaves firms and individuals feeling lost and let down, with goals to reach and no support to achieve them. Worst still, they are frequently not told that their suppliers have downed tools, and therefore wait in vain for a result that will never come. We have worked hard to break this mould, which is a key reason why our retention rate of 95% is way above the industry average.

What three words do you think best describes The City & Capital Group?

And what three words do you think your colleagues would use to describe you?

If one of your colleagues could win an award (industry or office-related) who would it be and why?

Thomas Bagley. I first hired Tom while working as sales director at a loan brokerage, and he has been my number two ever since – and was the only other founding member of The City & Capital Group. He is happy to roll up his sleeves for any job, is the heartbeat of the business and the unsung hero in the background that makes everything tick. We could not have achieved what we have without his support and input!

The phone rings and it’s your dream enquiry – who would the client be?

My beloved Tottenham Hotspurs chairman, Daniel Levy. I would more than happily consult with him on the best players to bring in and who to sell. I would also love to go up against him in a negotiation – based on his furious reputation for it – and I’d back myself.

What is the biggest challenge facing the industry over the next 12 months?

Aside from how Brexit will impact on our core markets, I don’t believe anything.

How do you wind-down during the weekend?

By watching as much sport as possible – and chilling with my wife and children. Boring, but true!

Share an interesting fact about you that not many people know

As a child actor I starred in a number of independent films, which went on to win international awards! 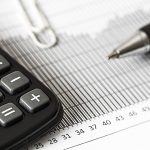 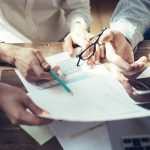 Stuart Hicks looks forwards – and back – for Yorkshire Business Insider 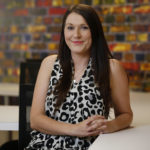 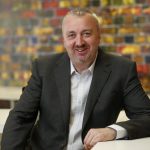